Just as Butcho screams it in “Born to Rock”, they feed off of the energy of their music. No half measures for these four rockers : They want blood and they will sweat to make it flow.

If this first album does not pump you up enough, wait until you see them live and you’ll get the idea of what it is to get “HELLECTROKUTED”.

HELLECTROKUTERS is a four piece Hard Rock ‘N’ Roll band from Paris and Serbia. Formed in 2009

A first self-produced album “Rock N Roll Beggars” with 10 tracks in the pure tradition of 70’s and 80’s hard rock. 100% rock n’ roll with undeniable energetic, with electric wild tunes. Sharp edged licks and catchy refrains that stay in your head. A crazy Rock N Roll show with a possessed guitarist (AKA STIK) who doesn’t hesitate to bang his head against the walls with you. He is a worthy successor to Angus Young. ERIC on the drums who hits like a lumberjack, uncompromising the sound it’s definitely « loud and proud ». DENI on the bass beats up the 4 strings like a butcher on a piece of meat, leaving bloodied fingers in the name of rock n roll. Butch the singer, or should I say, the Howler likes to say that he has grafted a third vocal cord to support the roughness of all the tunes from the band always in the name of rock.

They refuse to be labelled by anything but PURE ROCKERS. No showing off, no spangles, no show business for these rockers.

HELLECTROKUTERS : connect and let you cross right through this crazy sound…here they come… ROCK WILL SAVE THE WORLD FOR ROCK N ROLL BEGGARS. 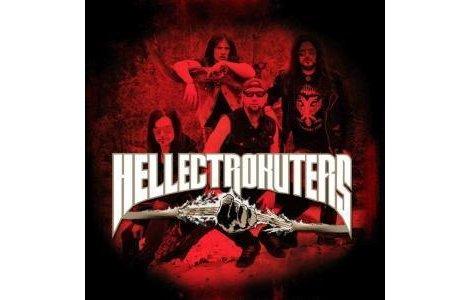 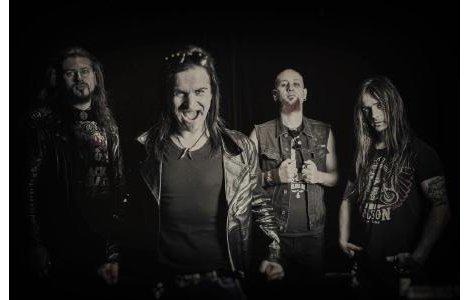